Welcome to the Village!

Global Village has been packing dance floors and keeping those hips a-shakin’ in Mid-Michigan for almost 25 years. Boasting a three piece horn section, powerful vocals, a driving rhythm section, and a song list that’s sure to get any crowd dancing, GV has made a name for itself as the premier party band of the Lansing area, as well as the surrounding music scenes.

Global Village began in 1992 with an idea — put together a group of musicians who wanted to have a blast doing what they loved, and to play music that would be guaranteed to make anyone groove. A band started to take shape, and word quickly got around town that these guys were a fun show to watch. Influenced by an eclectic range of musicians and groups, including James Brown, The Blues Brothers, Fishbone, Kiss, The Temptations, Earth Wind and Fire, and Jimi Hendrix, to name a few, the band started to take Lansing by storm with seemingly boundless energy.

Since that time, GV has expanded it’s reach. While they still play local clubs and bars, GV now enjoys performing a wide variety of entertainment venues, including weddings, corporate functions, parties, and private engagements. The band’s energy and powerful stage show has also allowed it the opportunity to share the stage with some amazing performers, including Smokey Robinson, The Commodores, The Spinners, as well as Journey

The philosophy of the band is simple — Global Village brings the party, wherever they go. If you’re at a GV show, then you’re at the party. The band is going to have fun, no matter what. And, the cool part — you’re invited!

There ain’t no party like a GV party, cuz a GV party don’t stop! 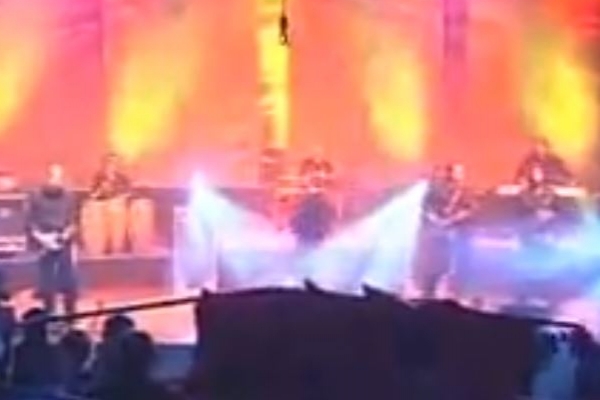