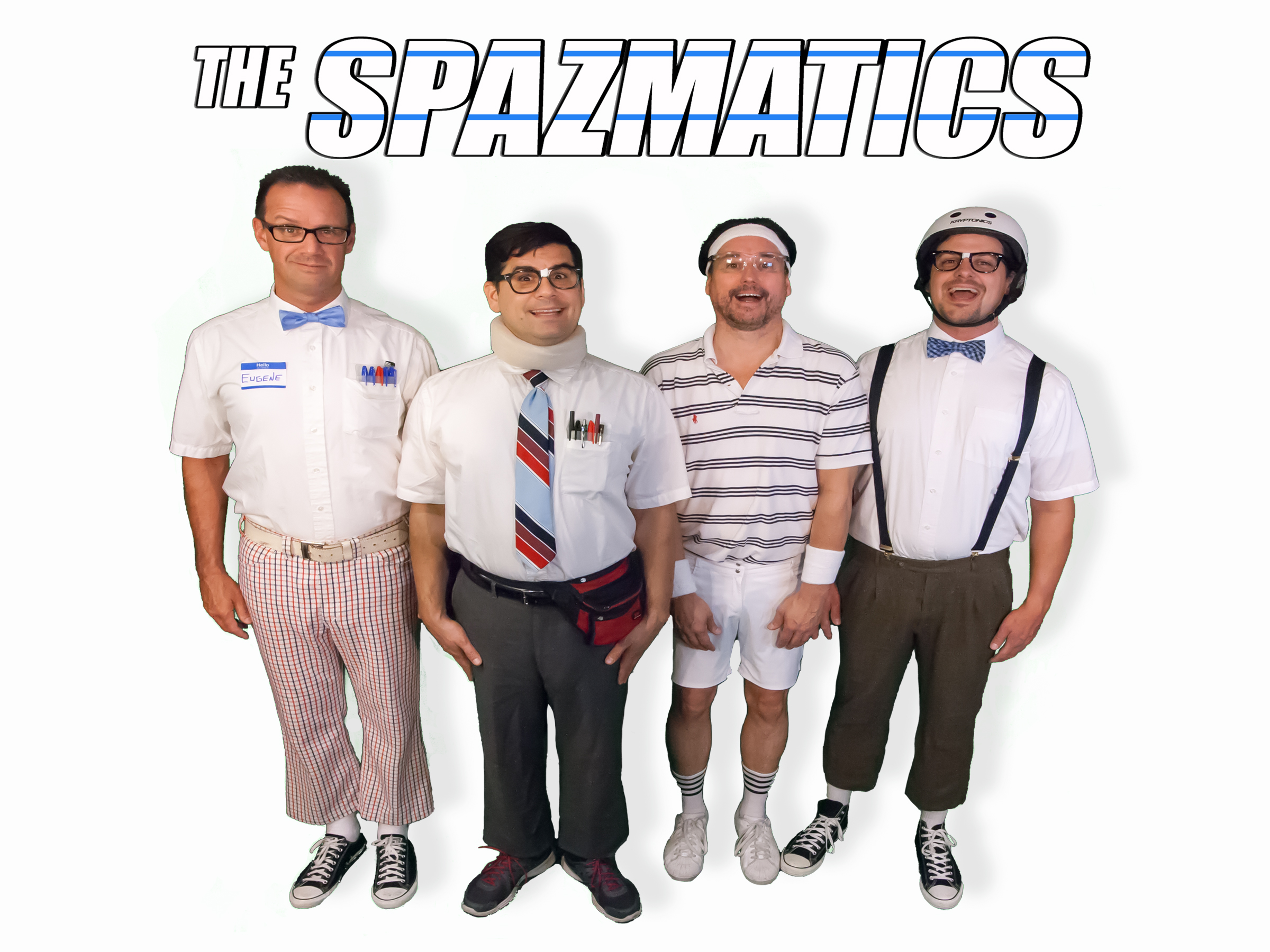 In the spring of 1983, physics professor Louis Stigwood of Alta Dena High in Thousand Oaks California, lost a debate over String Theory to an upstart pupil in front of the entire student body and faculty. As agreed to by both parties, the loser would have to do anything that the winner demanded, and the victorious prodigy demanded that Mr. Stigwood perform “She Blinded Me With Science” by Thomas Dolby during half-time at an upcoming state basketball championship game.

Having no musical background and desperate to not go down in total humiliation, Professor Stigwood tapped the genius of electronics teacher Eugene MeeGene, who had achieved international acclaim in 1981 for his invention of “robot” drums. When MeeGene (who was also the girls water polo coach at Alta Dena Middle School) explained that most of the music could be generated by computers, and that all he needed was a couple of decent musicians to fill in the holes, Stigwood was ecstatic. To round out the lineup, Stigwood brought in his brother, Gilbert on bass, and teacher’s assistant, Clark on guitar.

When the group took center court that evening, members of the hip elite began heckling them with jibes of “geek” and “nerd,” while everyone else howled with laughter. But once they broke into the opening salvo of “Science,” the nonbelievers were stunned by the group’s authenticity of production, world class musicianship, and tight choreography. The performance came to a climax when Stigwood grabbed one of the cheerleaders and began doing the “Belinda” up and down the court with her in tow. When it was all over, the crowd rose in a standing ovation, and the Spazmatics were born.

From the creators of the World Famous Afrodisiacs comes the Spazmatics. All the awesome sounds, styles, and way cool dance steps from the 1980’s decade we’d love to forget. Complete with skinny ties, Brill Creamed hair, and horn-rimmed glasses, the Spazmatics recapture all the best of the worst. Outstanding musicianship combined with creative flair and style makes for an evening of pure energy and entertainment. So tonight we’re gonna party like it’s 1999; only it’s not! 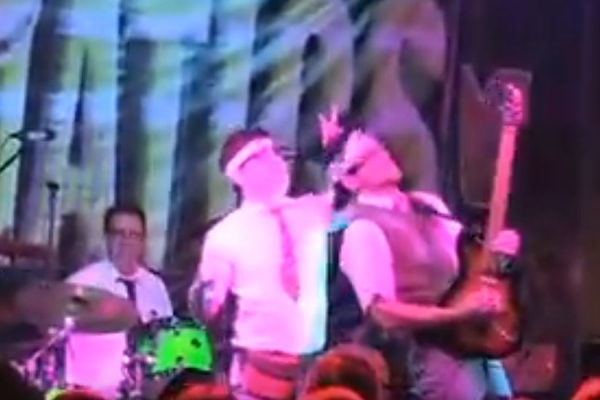